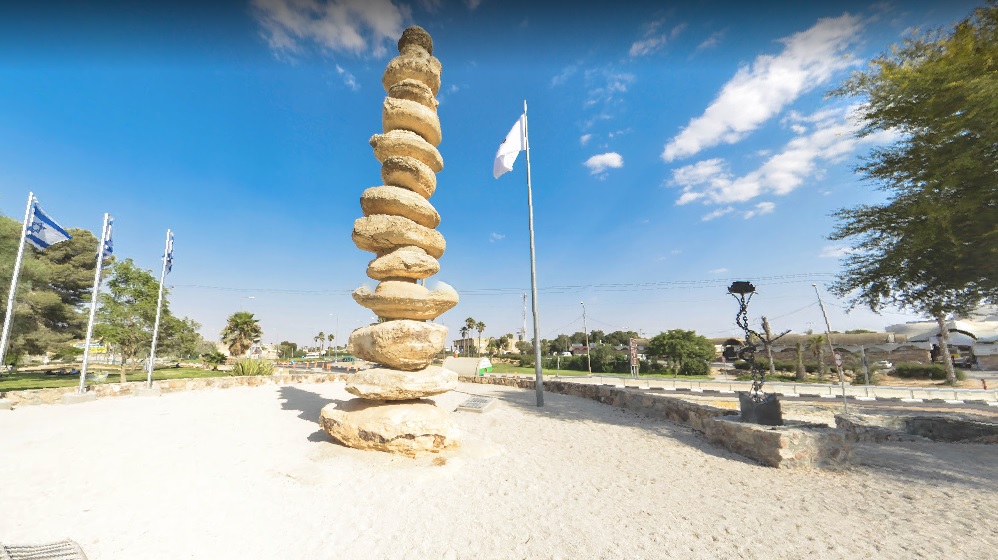 Arad is a city that grew up in the middle of the Judean desert on the site of ancient Arad. Due to the proximity of the Dead Sea, the resort is popular with tourists: they come here for the treatment of skin diseases, respiratory tract and nervous system. Even before our era, people lived here, and the Ancient Arad is mentioned in the Bible. Today, about 25,000 people live here, most of whom (80%) are Jews. Since the city of Arad stands in the middle of the desert, there is little greenery here, unlike cosmopolitan Tel Aviv and the Israeli capital Jerusalem. But relatively close (25 km) there is the Dead Sea.

Since the city is located near the Dead Sea, excursions are often combined with a rest on a healing lake. However, if you want to explore the city on your own, you should pay attention to the following attractions:

The cable car goes from the city of Arad to the fortress of Masada. The trailers move slowly, so there is an opportunity to get a good look at everything that floats from below.
Masada is the largest and most famous landmark of the city of Arad, located on the highest point of the Judean Desert. On the vast territory of the fortress, you can see the palace of Herod (or the Northern Palace), the Western Palace, the armory and the synagogue, the mikva (ablution pool) and the baths. The attraction is included in the UNESCO World Heritage List. You can get to the fortress using the Masada cable car, which starts just in Arad.

Ein Gedi is an incredibly beautiful oasis located in the middle of an arid desert. Walking around this place, you can see many waterfalls, high cliffs, and more than 900 species of plants growing on well-groomed lawns. Wild animals live in some parts of the reserve: mountain goats, foxes, hyenas. The Dead Lake (Ein Gedi Resort) is 3 km away.

If you don’t want to sit in a hotel, and the unbearable heat is characteristic of Israel, it’s time to go to the glass museum, where you can see the works of the famous Israeli master Gideon Friedman. The gallery hosts master classes (every Saturday) and excursions (several times a week).

The park is located on the very outskirts of the city, and is famous, first of all, for the artifacts found here. In Tel Arad, tourists will learn how their distant ancestors lived: how they built houses, what they ate, where they extracted water. The highlight of the park is a well-preserved ancient reservoir. A visit to this attraction will be especially interesting for children and teenagers.

Treatment and recovery at the Dead Sea

It is not difficult to go to the Dead Sea from Arad on your own, because they are separated by 25 km. Many tourists prefer to live in Arad (housing is cheaper here), and go to the lake to relax every day. All conditions are created for this: buses and minibuses run from the city of Arad every hour. The journey time is less than half an hour. On the way to the resort, you can meet camels, goats and sheep, and also enjoy the breathtaking views from the car window.

If you want to learn about beaches in Israel, just go to https://1001beach.com/en/west_asia/israel