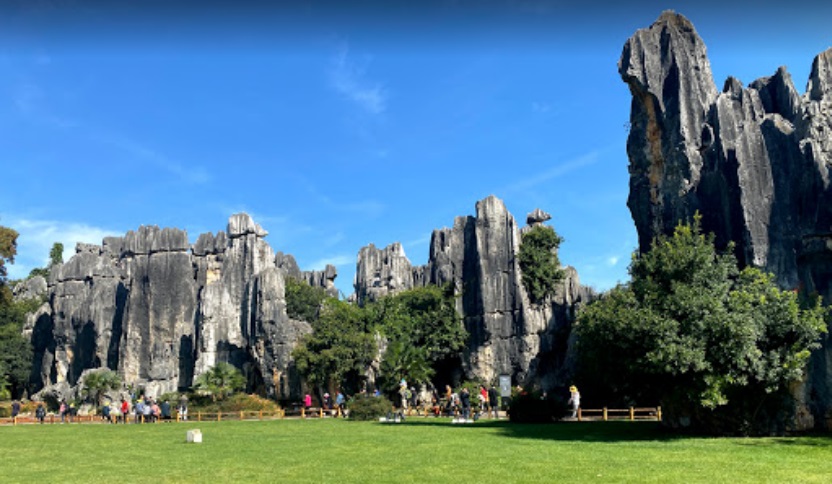 This incredible natural wonder arose as a result of the movement of the Earth, during which a layer of limestone pierced the earth. The rocks have split, and as a result of the action of erosion and weathering, isolated hills, called remnants, have formed. Several dozen stone formations occupy an area of ​​about 5 km2. Some of them create bridges and arches, others are shaped like plants and animals.

Each of them has its own name, often associated with appearance, for example: Phoenix, Stratified Waterfall, Big Gazebo or Top of the Lotus Bloom.

The lowest remains reach a height of less than 2 m, and the maximum reach up to 30 meters. There are passages between the stones, and even a place where trees grow.

Squeezing through the narrow bays between the rocks, you can reach a small lake if you writhe between the stone columns. Bridges, numerous passages, grottoes and cracks give this place an almost fairy-tale atmosphere.

The Chinese Pillar Forest is considered to be the most perfect example of karst in the world. Every year, crowds of tourists come here to admire these amazing formations.

On June 24, when the Sani tribe celebrates the Folk Festival of Lights (torches, candles, oil lamps, lanterns), the Stone Forest seems to be even more magical. During the joyful holiday, wrestling, bullfights, lion and dragon dance shows, as well as traditional dances take place on its territory.