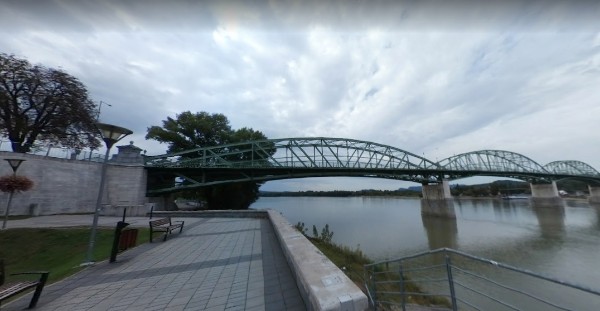 It is hard to believe, but Marcus Aurelius himself once visited these places in Hungary, back in the days when Esztergom had just begun to exist. Until the moment these lands passed into the possession of the Magyars, Roman troops were located here. History says that it was here that the first royal residence of the Arpad clan was built in 972.

It was here in the cathedral (built specifically for baptism) that Stefan, the son of King Geza, was baptized. In connection with these events, Esztergom became a landmark city, later a basilica was built on the site of the destroyed cathedral, which to this day is the main attraction of the city. Hungary rightly considers the city of Esztergom one of the oldest cities in the country with a rich history, which is closely connected with the emergence of the state. Today, this city is not much different from others, nothing remains of its former splendor and luxury. History has notably battered this place, which once shone with splendor.

The devastation from numerous wars and attacks struck this city over and over again, more and more new houses were repeatedly built on its remains. Influential European figures met here with the Hungarian kings, because Esztergom was a major trading center. The Turks put an end to this idyll by razing the city to the ground. Despite the fact that the city has lost its former glory in the course of history, it has not lost its significance in the modern world.

Esztergom Hungary, sights and excursions in which are in great demand among tourists, may surprise you.

What to visit in Esztergom:

The Arpad Royal Palace – a building in the Romanesque style, was built in the 10th century. The castle was almost completely destroyed by the Turks and rebuilt later in the 30s. Now there is a museum here;

Basilica of St. Adalbert – 71.5 meters dome height, a few lines are written about it at the beginning of the article;

Szechenyi Square – the center of the city, which is surrounded by old houses;

Maria Valeria Bridge – a bridge that unites Slovakia and Hungary. From Esztergom you can get to the town of Sturovo. The bridge was restored in 2001, its length is more than half a kilometer, previously a ferry was used instead of the bridge.

Explore this beautiful city on a rented car from https://cars-scanner.net/en/hungary