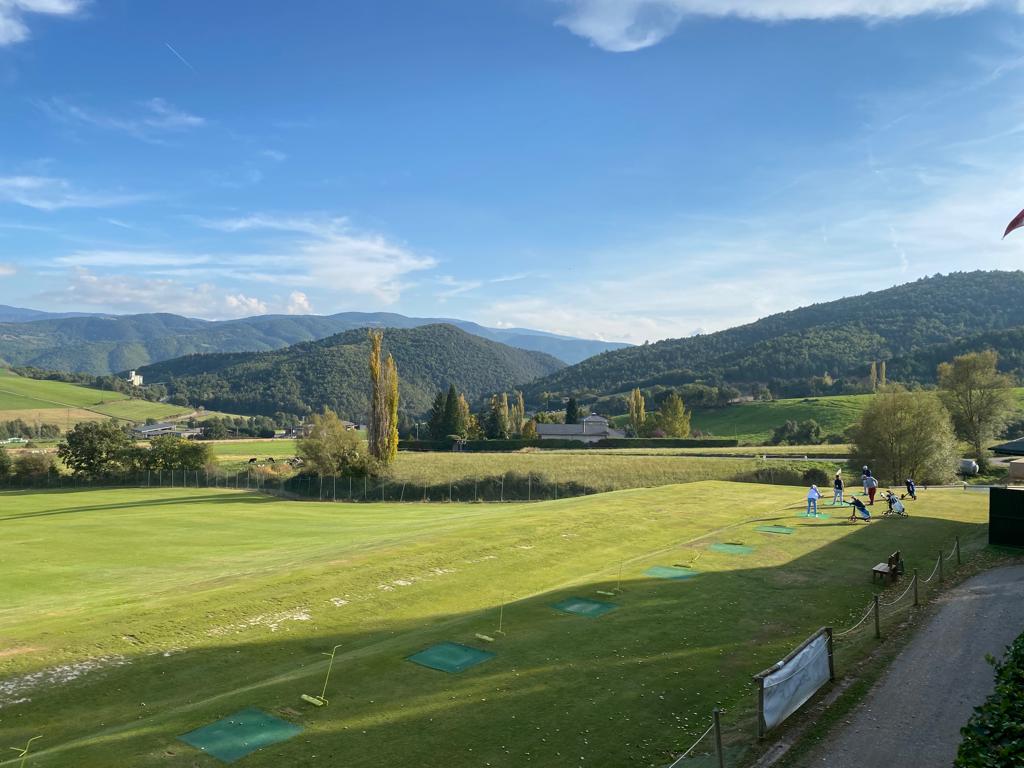 The game of golf has now in the mass consciousness the appearance of an entertainment with a flair of elitism than just a sport. Picturesque courses with perfectly groomed lush green grass, unhurried golfers in recognizable polo, conversations in the club after the game – now more than before, golf has an image of entertainment for the rich. But it was not always so. Historians can argue for a long time about where and when this sport originated.

The official version establishes that it appeared in Scotland around the 15th century. The starting point was the royal decree banning this game, which distracted men of military age from performing military duties – apparently, even then the “game of bored shepherds” was widespread among the population. However, there is another version that an analogue of this game appeared in China during the Ming Dynasty. Historians believe that this version is justified by the surviving scroll, on which the emperor hammers the ball into the hole with a curved stick. There was also a version of the origin of golf in the Roman Empire, where, as a training for warriors, an exercise was used to move a ball stuffed with feathers with sticks across the field. In general, it is difficult to say exactly which of the versions is true. Therefore, the simplest solution would be to stick to the official version about Scotland.

The beauty of living now is that everyone can try what they are interested in, and not be bound by some “class conventions” and restrictions. Golf is now a common and popular sport. And anyone can start playing it without special sports training. The question is to learn the special rules of this game. The rules can be found on the official websites of the major golf associations. Fortunately, there are few official documents in this game that regulate its rules. The main rules are approved by the sports association R&A Rules Limited (St. Andrews, Scotland) and the US Golf Association (Far Hills, New Jersey). International golf rules can be found at www.randa.org, www.usga.org.

To gather more information about golfing locations, equipment required, and specific golfing features, it is reasonable to visit golfscape.com, an online golf resource. Both beginners and experienced players will find useful information on this site.

Beginners should also take into an account the experience of more advanced players, and consider the following tips:

– Golf clubs at a very early stage should be borrowed from a friend or rented at a golf club. The fact is that a set of decent quality clubs can be quite expensive, and at the initial stage there is a chance to seriously damage them without having the skills to play. In addition, it is not yet known whether this sport will become a permanent part of the life of a novice player.

– It is also an option to buy used golf clubs on EBay and similar sites – as in any sport, true adherents of it are interested in upgrading sports equipment, and can sell very worthy sports equipment at a discount. It is not recommended to immediately buy a full set, for starters, the following types of clubs are suitable: wood, 2 or 3 irons, send or wage and putter.

– The most important thing is to take some golf lessons from a coach. There is a widespread belief that golf is not initially intuitive. Therefore, devote some time to training movements so that the playing technique becomes natural. A lot depends on the technique of movement. And at this stage, the comments of the coach and his recommendations on correcting the mistakes of a particular novice player are essential. It may seem trite, but the truth is simple: golf lessons with a coach are much better than any golf guide.

When the initial stage is passed, and golf becomes a part of a beginner’s life, then watching tournaments on TV and on the Internet will become an additional help in mastering golf. Among other things, it is also a great entertainment itself, and some matches are worth visiting in person.

The main well-known professional golf tournaments are listed below with a brief description of them:

Four Majors, an annual series of four of the most prestigious men’s professional golf tournaments:

– Masters – tournaments are held annually at the beginning of April, invariably on the golf course of Augusta National Golf Club.

– US Open – held in mid-June at different fields in the United States.

– Open – held in mid-July at various golf courses in England and Ireland. The tournament is also known as the British Open.

– Ryder Cup – takes place at the end of September.

It is also worth attending or participating in amateur tournaments (if your handicap permits) to plunge into this fascinating unifying golf atmosphere.

It is important to keep in mind that golf is one of the most sophisticated sports where one needs to pay a significant attention to the observance of etiquette.

Basic golf etiquette tips for beginner golfers can be summed up as follows:

– Do not talk while hitting someone;

– Do not walk on the line of play of another player;

– Do not hit the ball if it is clear that a group is playing ahead;

– Do not get angry after each unsuccessful blow;

– Do not be late / arrive on time. Of course, the most important thing to start with is learning the rules of the game and its basic concepts and terms. But for this there are specialized sites, such as the sites of these golf associations. And this is material for a separate article 😊