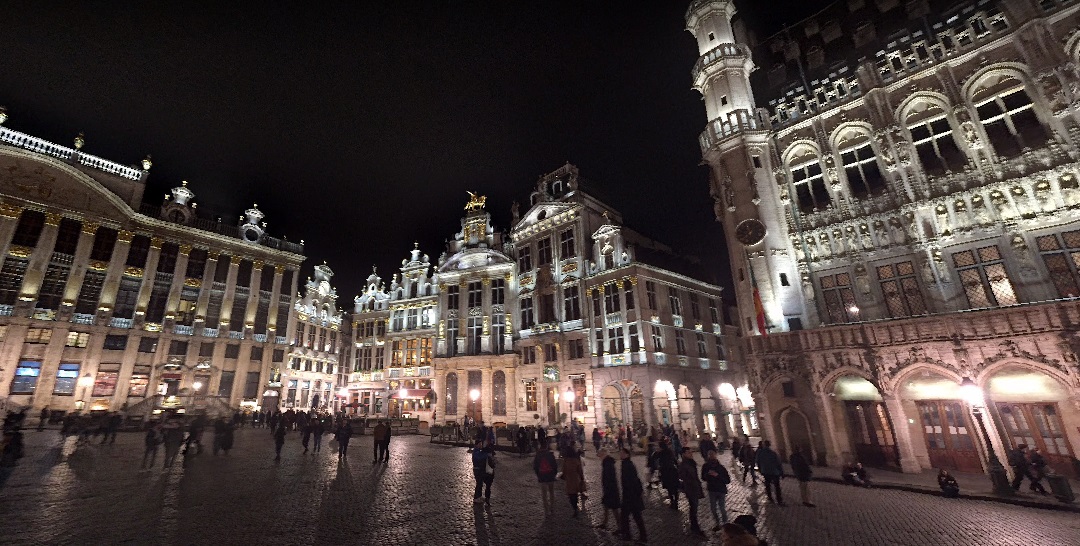 The Grand Place is the great square of all time in the very center of Brussels. Many writers spoke very well about this square, as it inspired many people.

The Grand Place is also translated as a historical square, but the mention of it is just a few lines. But the most prominent building on the square, which is located almost in the center, is the Royal Town Hall, which is very popular.

The area in the Middle Ages appeared after draining the swampy area. At first, on the site of the square, there were farms and small tents selling cow and pig meat, and the smell was unpleasant in this place. The settlement grew and developed thanks to trade. After that, they scurried around a small building of the town hall, which was built in the fifteenth century.

A tower almost a hundred meters high was built nearby. Its very top was decorated with a five-meter copper statue of an angel who killed the devil. And also on the walls are painted different silhouettes of people and animals, which are very mysterious in their form. The interior of a rich house is decorated with gold and various expensive materials. Various artists worked on the paintings that adorned the wall inside the town hall.

Opposite the town hall is the Bread House. A very strange name. Since earlier grains and ready-made bread were stored there. During the plague, he was infected, and all the products were worthless. At that time, many people died of hunger. But then this building was converted into a huge house in which aristocrats and their servants lived. A little later, the apartments of the highest ranks were converted into a museum, which still stands and surprises many people with its appearance.

The house contains many halls, which impress the arrived tourists by their size. The hall where the costumes from the time of the famous dukes and kings are kept is very famous. There are even personal belongings of the King of France and Prussia. Some can be touched, as they are not very precious as the dresses of famous ladies and wives of kings. You can see how the same painting that describes the area in those days.

At that time, thirty-three buildings had already been built on the square, and it was famous throughout Europe. The objects were executed in the Gothic style, and many buildings were decorated with sculptures and different silhouettes, which were priceless forever. But wars passed, and beauty lost its uniqueness. Many statues were destroyed, even castles and famous houses. But after all the cruel events, some sights were restored.

On various days, holidays and exhibitions are held on the square. Now every other day the square turns into a flower market, then into a bird market. But people are most attracted to look at paintings and outfits from the Middle Ages. Tourists line up to see the gothic style you won’t see anywhere else, while others buy flowers for their loved ones who are waiting for their gift. Edible flowers are also sold here, which can be used to decorate dishes and please households.