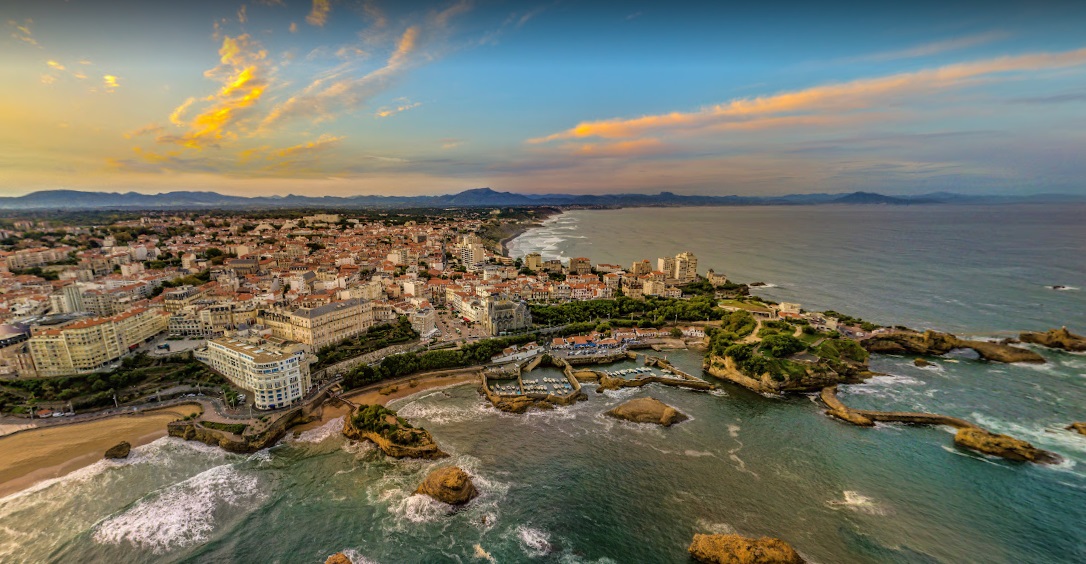 The most difficult part of preparing an article about traveling to the Basque Country is the choice of photographs. The memory of all cameras and phones is full. I wanted to capture every piece of this truly magical place. If you are a foodie and esthete, then you urgently need a vacation in Biarritz. You can also stay in nearby villages. My family and I, for example, rented a house through www.BiarritzInLove.com in nearby Saint-Jean-de-Luz. Biarritz, noisy and vibrant with cultural and nightlife, is only 15 minutes away by car, but there is peace and quiet all around.

Biarritz is located at the southernmost point of the Atlantic coast of France, nestled between the ocean and the Pyrenees, in the heart of the Basque Country and away from the banal and hackneyed French spots. The region is authentic: it has its own language and its own sports, its own history – from whalers to Napoleon, palms and rocks, mountains and ocean, surfers and ladies in hats and stones.

FARMING MARKETS
The market in Biarritz is the first place you get to in one way or another. They are everywhere here. Buying groceries in the supermarket in such a situation is simply a crime. The markets will lure you with a riot of colors of vegetables and fruits, the aroma of Bayonne ham and a variety of sheep’s cheeses with unpronounceable Basque names. Of course, the picture would be incomplete without seafood. The fish was caught right there in the Atlantic.

MOUNTAIN RUNA
Your eye will delight in the lush local vegetation. Fascinating views open up everywhere you look! There are either bright green mountains or blue ocean around. And the old train will take you to the top of Mount Rune, from where you can see both.

VILLA BELZA
Descending from the mountains to the ocean, pay attention to the incredible beauty of the coast – wide sandy beaches (needless to say, there is plenty of space for children), picturesque and crazy photogenic rocks, white lambs of the waves. I was particularly impressed by the landscape of the Côte de Basque beach, from where you can see Villa Belza on the cliff. They say that once a Russian cabaret worked in the villa, and parties thundered all over Biarritz.

BEACHES
The artist Sam Dugados, known to all locals, creates his unusual works right on the sand at low tide. A few hours later, the tide ruthlessly erases his creations. Beautiful, large-scale and poetic. This must be seen at least once in a lifetime.

LOCAL RESTAURANTS
The concentration of Michelin-starred restaurants in this region is higher than in Paris and Tokyo. Some of them are located in such unusual places, such as, for example, the former summer residence of Napoleon III (by the way, with an incredibly beautiful view of the ocean), or on an old restored farm in the depths of a small village. After dining here, you can walk around the farm and buy souvenirs.

COLORITIC LOCAL TREES
It is also worth visiting the picturesque local villages, taking a thousand photos of Basque houses with the obligatory red tiled roofs and red shutters. And then get to the preserved intact interiors in the old villas of the French nobility.

SUNSETS
The sun in Biarritz sets directly into the ocean. And you will dream of these crazy sunsets for a long time on long winter nights.