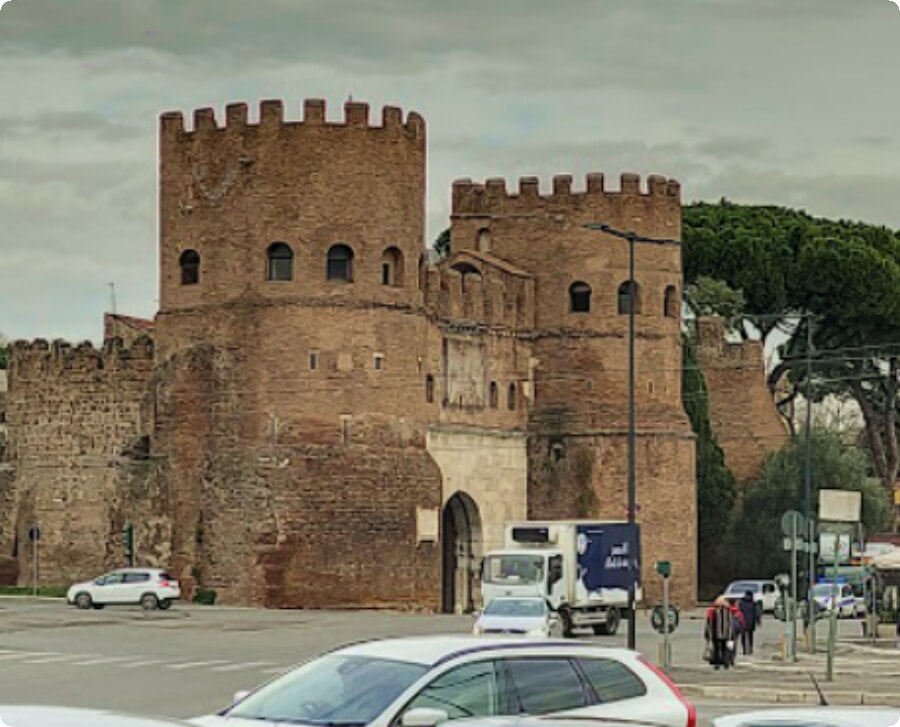 Pyramid of Cestius – the mysterious monument of Rome

Although it may seem strange, Rome also has an Egyptian-style pyramid. Are you wondering why this structure is in Rome? In this article, we will reveal the secrets of this place of oriental charm.

Do you think you know everything about the city of Rome? The Eternal City is a treasure trove of beauties and sights worth admiring. In addition to the famous monuments and emblematic places of the city, walking through the streets of Rome, you will find yourself in front of the Egyptian pyramid.

This is the Pyramid of Cestius, located next to Piazzale Ostiense, next to Porta San Paolo.

Pyramid of Cestius in Rome

Many visitors to Rome are amazed to see an Egyptian-style pyramid 36 meters high with a square base of about 30 meters on each side. In fact, this monument is a witness to a very ancient history and mysterious legends.

The pyramid of Cestius was built between 18 and 12 BC. e., to be the mausoleum of Gaius Cestius Epulo, a wealthy Roman. The shape of the funeral monument comes from a fashion very popular in Roman times, in fact, in 30 BC. e.

Egypt became a Roman province, and pyramidal structures began to be erected in the capital of the Roman Empire. Gaius Cestius decided to build his tomb in the shape of a pyramid outside the city on Via Ostiense. There is a Latin inscription on the pyramid, with the help of which Cestius urged his heirs to erect a funerary monument within 330 days, under the threat of losing a rich inheritance. The pyramid of Cestius is the only one of those built in Rome that has survived to our time, except for the obelisk of Piazza Montecitorio.

At the time of construction, the Pyramid of Cestius was part of a complex divided into a tuff body and with four columns raised at the four corners of the pyramid. Of these columns, only two remain visible today, discovered in 1656 and located in their original location. Inside the pyramid is a burial chamber entirely frescoed with female figures interspersed with illustrated vases and joyful catchphrases on the vault. No precious good was found inside the tomb, as it was built during a period when it was forbidden to show luxury.

In fact, the pyramid of Cestius has a slightly different structure from the Egyptian pyramids. In particular, the top is sharper than the original pyramids, probably due to the materials used by the Romans. They used a simpler, easier to cut material, still unknown in Egypt. The difference in shape may also be due to the fact that the Roman builders used Nubian pyramids as a refraction model, more accurate than those of Giza.

There were many mysterious legends around this place. In the Middle Ages, it was believed that the two mausoleums were the tombs of the two founders, Romulus and Remus. This belief continued until an inscription referring to Gaius Cestius Epulo was found inside the pyramid of Cestius in the 1600s.

The Pyramid of Cestius can only be visited with special permission.