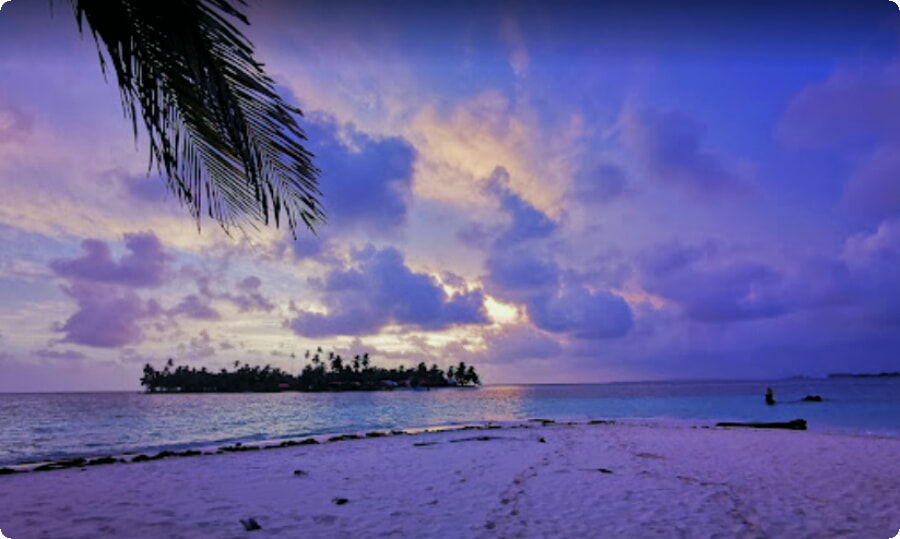 Wild Indian tribes, fairy-tale beaches and hundreds of small islands inhabited, by possibly only one family. This is the Panama Blass archipelago abandoned by tourists.

Panama is a narrow strip of land, deprived of the attention of tourists connecting Central America with South America, like an imaginary bridge. Due to its unique location, it has always been a place of mixing of various crops, and to this day seven different Indian tribes have been preserved on its territory. The largest tribe is Guahima, which more than 120,000 thousand live in Panama today.

Some areas of Panama are distinguished by its pristine beauty. In addition to the San Blass archipelago, the Bokas-Domo-Toro archipelago is a real pearl.

The most wild, undoubtedly, are the Indians Choko and Unaan, who inhabit the inaccessible sections of virgin tropical forests on the border with Colombia. Kuna-Yala was recognized as the brightest but most closed Indian community in Panama. Kuna, as they call themselves, were able to withstand all invasions for centuries, and today the autonomous region of Komark-de-Kuna-Yala is the most independent Indian territory in Central America.

The autonomous region of Komarka de Cuna-Yala occupies a narrow strip of the Caribbean coast and the adjacent archipelago of San Blass. The entire territory extends more than 200 km in the southeastern direction from the San Blass Bay to the border with Colombia. Kuna is ruled by the territory with minimal intervention of the central government, apply their own laws, still use their language and carefully protect their tribal customs and original culture.

The economy is largely based on the inter-family barter. Coconuts are collected on the islands, and there are full of fish in the sea. Plantations on the coast are supplied with residents of vegetables and tropical fruits. The adjacent tropical forests give a lot of building materials and valuable wood. Kuna discovered the magic of tourism. Although the tourist infrastructure is still not well developed, the crafts of women are the most famous Panama products.

The island of one family

On the San Blass archipelago, there are about 400 islands of different sizes, from tiny uninhabited to island villages. Most buildings are still built in the original style of cyn into palm leaves. Some are built up almost to the base, but only one family lives on many of them, who regularly alternates with relatives for a year, spending part of the time, resting on serene caribs, and the rest – working on plantations along the coast.

The only means of movement between the islands and the adjacent mainland are unique wooden sea canoeing. Kun uses the massive trunks of the Sapy trees growing in the tropical forests along the coast, to make their canoeing manually. Small fishing canoeing in their dialect is called Binu Uwala, and a little larger transport canoe – Turga Uwala. They serve their owners on average to the age of fifteen. Not only men, but also women, teenage children can ride a canoe.

They calmly rowing in a quiet wind or bouncing in shallow water, using a long oar from the bottom. If a light breeze rises, they stretch simple sails and swim silently through the ocean. At this moment, the entire horizon is filled with canoe, barely distinguishable by the naked eye. Almost without exception, peaceful boat motors or larger ships do not violate peaceful idyll. The inhabitants of the Kun tribe will even be happy to lend you their canoe. Traveling on these ships through a distant Caribbean archipelago is an extraordinary experience.

Women on the pier

Although men here dress exclusively in the western manner in shirts or t-shirts and short trousers, women meticulously follow centuries -old customs. In addition to multi-colored beads, wrapped around the middle of the legs of both the forearms and a black line drawn on the face from the forehead to the tip of the nose, the most striking part of their traditional costume is a short blouse with unmistakable embroidery on the stomach and back – a prayer.

It was the mala who became the most famous souvenir of Panama. Their manufacture requires significant skills and time. Therefore, perhaps there is no danger that their production will be transferred to tourist manufactories, the income from them will remain mainly among their manufacturers.

Awareness of one’s own uniqueness, a way of life, not affected by an overgrown civilization, and the desire to maintain traditional values ​​and means of existence in San Blass are completely unique in the modern cosmopolitan world. Kuna sought to preserve their territory and tribal integrity successfully since the swimming of Christopher Columbus.