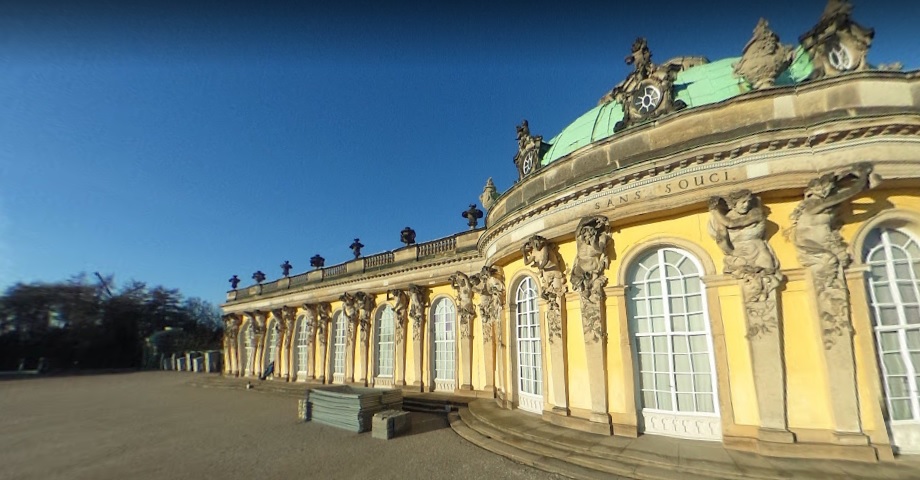 Frederick II, King of Prussia, who went down in history as Frederick the Great, was not on very friendly terms with his crowned father. As a very young man, he dreamed of escaping from Berlin and settling “in nature” in Potsdam. Excursions in Potsdam here https://excurzilla.com/en/germany/potsdam

At first, the king planned to build a modest “house with a vineyard” there, but being carried away by sketches, some of which he personally made, he erected a luxurious palace. Its decoration is considered the best example of German rococo and amaze with its luxury. And all this despite the fact that the construction of the palace took only two years – from 1745 to 1747.

The king, however, did not forget about the vineyard, which was planned at the beginning. On the descent from the hill on which the palace is built, to the fountain of the Lower Park, there are six terraces with vines. Once there were powerful oaks growing here. But during the construction of Potsdam, they were cut down and used to strengthen the swampy soil.

The vine was brought from different countries. More than one and a half hundred glazed niches for growing figs were also erected here. The vineyards are decorated with figures of Bacchus, and the vines themselves are now, as in those distant times, transplanted into a greenhouse for the winter, and returned back in the spring.

The palace itself was just the beginning of a whole architectural ensemble, which included a New Palace (its construction was timed to coincide with the victory in the Seven Years’ War), Roman Baths, Belvedere Palace, Charlottenhof Palace, a Tea House. The whole complex consists of almost 40 buildings and occupies 3 square kilometers.
You can get to Sans Souci from Berlin’s Tiergarten Park.

Once it was a huge hunting grounds and a favorite place for walks of the capital’s nobility. Frederick laid an alley from here to the royal residence of Charlottenburg, and then, through half of Berlin to the south – Sans Souci.

The palace building is one-story, yellow in color. Its large windows are also doors. In the center there is an oval pavilion. The domed ceiling is crowned by a Marble hall, with a layout and a hole in the dome reminiscent of the Pantheon in Rome.

Due to the fact that Friedrich was a great admirer of art, and the funds allowed him to collect an outstanding collection of paintings, there is one of the oldest German art galleries in Sans Souci. Paintings by Rubens, Titian, Caravaggio, Van Dyck are exhibited here.

The carefree palace keeps memories of many famous people who visited here at the invitation of the monarch. For example, here the king talked with Voltaire, who at his invitation settled in Potsdam. In the same palace, the monarch discussed the cycle of works “Musical Offering” with Johann Sebastian Bach.

And the latter’s son, Karl Philipp Emmanuel, was a court pianist for several years and accompanied Friedrich when he played the flute.

Giacomo Casanova has also been here, but there have never been women and priests here. Friedrich was an absolutely unbelieving man, and he simply did not like women.

Everyone who has been to this wonderful place can confirm that the name of the Carefree Palace justifies itself. The beauty and elegance of architecture, interiors and landscape design of Sans Souci completely absorb attention and make you forget about time and worries.