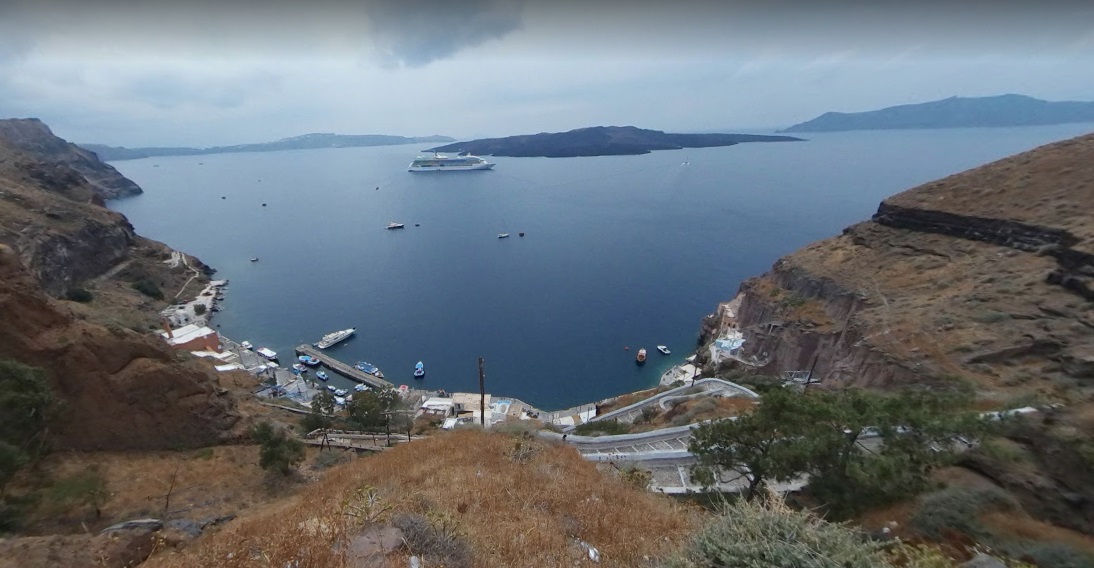 Santorini island – the pearl of Greece

Santorini is an archipelago of five islands. The eponymous island of Santorini is the largest of them. These islands were formed by a volcanic eruption. The beaches are strewn with red and black sand.

Sights
On the highest peak of Santorini is the monastery of Profitis Ilias (Elijah the Prophet).
Here, on July 20, a holiday dedicated to this saint is annually held.

The village of Imerovigli is a settlement in which a number of buildings survived after the last earthquake in 1956. The buildings are examples of Cycladic architecture. They have whitewashed or painted walls, no tiles on the roofs, blue or white domes.

The Temple of Apollo was found during excavations of an ancient city founded by the Dorians in the 9th century BC. Snoring is striking in its architecture and size. The gates survived the most.

The most picturesque settlement of the Santorini peninsula is Ia. There are small ocher, blue or white houses, narrow cobblestone streets and stunning sea views.

Tourism in these places is very popular, so there are taverns right in the caves for vacationers.

Relaxation
Santorini has a very clear sea. The beaches have everything you need to relax and enjoy water sports.

There are spa centers in Santorini. There are many saunas, swimming pools, jacuzzi. There is an opportunity to take a course of thalassotherapy.

For young travelers, the Santorini water parks offer a variety of water activities.

For lovers of nightlife, there are many nightclubs open. The most popular is Enigma. Two large arches divide the nightclub into two parts: in the first you can sit with a glass of wine, and in the second there is a dance floor. There are also many bars, cafeterias, taverns and restaurants here.

From the promenade to the city of Fira, the capital of Santorini, you can get there by funicular, but if you want you can get there on foot using a long staircase or climb up there on a donkey.
Santorini is famous for its dry white wines. The grapes grow on fertile volcanic soil. Assyrtiko grapes are grown here. There is a wine museum on the island where you can taste this wonderful drink.

Having visited the island of Santorini, you will plunge into the atmosphere of Ancient Greece and enjoy the stunningly beautiful wildlife. Anyone who has been here will take with them vivid unique impressions.