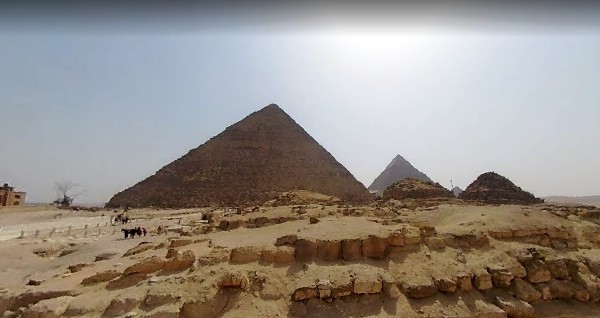 Secrets of the Egyptian pyramids

The Egyptian pyramids are included in the list of seven wonders of the world, as one of them. They are the oldest structures on the planet that attract tourists from all over the world.

The area of ​​Egypt (https://foxiepass.com/en/egypt) exceeds 1,000,000 km2. At a great distance from the resorts, in the interior of the country is the world-famous Valley of the Kings. The nearest resort to the pyramids is Hurghada, which is located at a distance of 450 km from the pyramids, and Sharm al-Sheikh is 600 km, so you will have to spend at least 10 hours in the bus seat.

Usually buses to travel to the pyramids leave at night and arrive at their destination at 10 or 11 am. After arrival, travelers go on an excursion on foot, which lasts about one and a half to two hours and how much free time is allocated. For safety and health reasons, it is better to use any sunscreen, as you will have to spend an average of three hours in the midday Egyptian sun.

There are more than 130 pyramids in Egypt, but the most popular of them are:

The greatest pyramid of Cheops was built in the XXVI century BC. e., more than 4,500 years ago. Its sides are accurately oriented to 4 cardinal directions, and its height is about 137 meters, although the upper tiers of the pyramid are partly destroyed due to earthquakes.
The second largest pyramid of the son of Cheops – Khafre, which was built about 40 years after the pyramid of his father. In addition to her, Khafre ordered to build another pyramid for his wife, a road, a temple of the dead, a “lower” temple, a port on the Nile and a temple in the port.

Much later, only 250 years BC, the famous pyramid of Menkaure was built.

Inside the pyramids, it has long been empty, since they have all been plundered for a long time, and the valuables that remained were taken to the Cairo Museum.

Not far from the pyramids is the world-famous Sphinx, and between its paws the Temple of the Sun was built with a stone statue of a lion with a human head, which is shrouded in many fantastic myths and legends.