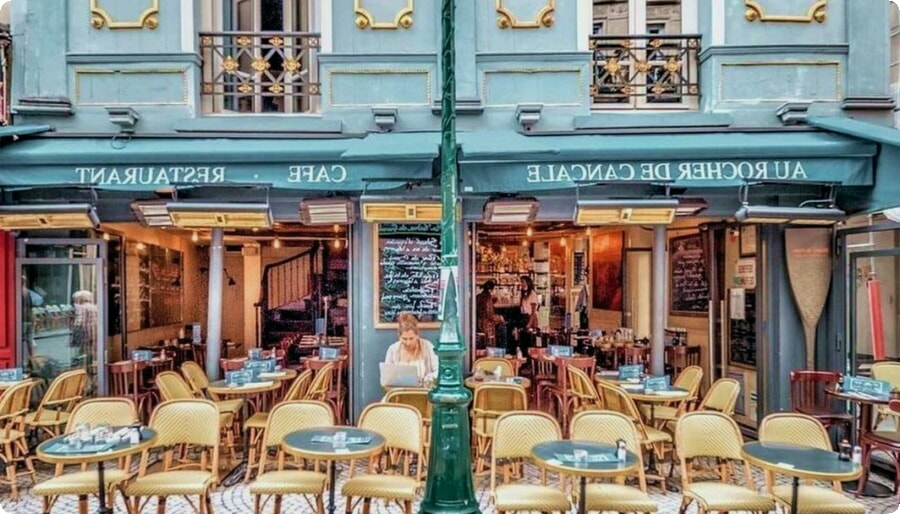 The most famous, stylish and outrageous capital of the world is, of course, Paris. The route for visiting the city for the first time is better to start from the very heart of Paris. From Rue Rivoli in the first arrondissement of the French capital. And then the districts diverge in the shape of a snail and clockwise. Therefore, moving like this, you can see almost all the most important sights of the city in a short period of time.

The most important sights of Paris

Louvre. This is one of the richest museums in the world, it is located on Rivoli Street. Art objects of various historical eras from different countries are exhibited here. Here you can follow the development of human history from ancient Mesopotamia and Egypt to modern world art. It contains the most famous paintings in the world.

Notre Dame Cathedral in Paris. The most famous example of Gothic architecture. The cathedral can accommodate 6,000 people. He is the symbol of true love. Here Quasimodo suffered from unrequited love for the beautiful Esmeralda. It took two centuries to build the cathedral.

Gardens of Versailles. In these gardens, you can endlessly admire the beauty and diversity of nature. As well as the impeccable work of landscape designers, gardeners and architects in France. In the gardens, exactly the style that the monarchs of the country liked was preserved.

Basilica of Secre Coeur. It is visible from anywhere in Paris. It is located on a high hill. This is a Roman Catholic church, has the status of a basilica. This church is the oldest in the city.

Parisian catacombs. This is an extensive network of underground labyrinths. Limestone was mined in them for the construction of a land city. During epidemics of the plague, the dead from this disease were buried below. 6,000,000 people rest in them.

Pavien. Garden in the 16th district, spread over 450 square meters. It contains all representatives of the plant world of Japan. Tea ceremonies are held in the garden.

Since Paris is a very expensive city for a budget tourist. But it has attractions for which you do not need to buy entrance tickets. You can also visit cathedrals and churches for free. There are a lot of them in the city.

Church of St. German in the Meadows on the Left Bank of the Seine

It houses the tomb of the first royal dynasty of France, the Merovingians. Here is the heart of the Polish King Casimir II. The famous French mathematician and philosopher René Descartes rests nearby.

The entrance to the museum, of course, is paid. But few people know that the left wing is free for tourists to visit. The museum exhibits the best exhibits of all known areas of contemporary art.

Paris is not only sights, but also an unusual atmosphere of love. The streets are filled with the aroma of roasted chestnuts and freshly brewed coffee. And all this against the background of the sounding immortal chanson of Charles Aznavour and Edith Piaf. Together, this creates an indescribable atmosphere of love and happiness.