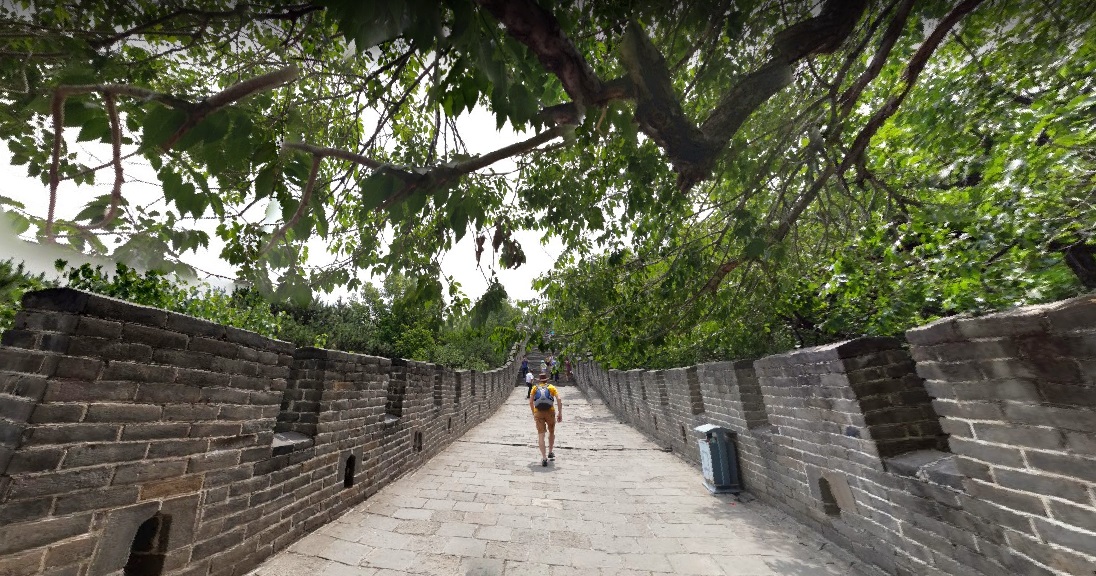 Every traveler dreams of exploring the Great Wall of China independently. It is not surprising, because this unique structure has been one of the most grandiose buildings of mankind since ancient times to the present day. And if we consider that the builders did without the use of any equipment, then their patience and endurance are simply amazing. What interesting facts about the Great Wall of China do we know? Where is the truth, and where are just legends?

There is no consensus on the length of the Great Wall of China. Historians call the figure 6, then 8, then 8.5 thousand kilometers. In any case – an impressive size! And the width of the structure was such that 10 people lined up in a row and whole carts passed freely along it, as on a road.

It was impossible to penetrate beyond the Great Wall of China without using force. There were special plugs that blocked all entrances at night. No one could break the unshakable rule under any pretext! Once even the Chinese emperor waited out the night at the foot of the wall.
In 1987, the Great Wall of China was included in the UNESCO World Heritage List, which the Chinese are very proud of.

How were the bricks used for laying the wall fastened together? There is a terrible legend that says that the bones of the deceased builders during the construction of the Great Wall of China were ground into powder, smeared with some kind of solution and forever embedded in the wall. Allegedly, only one woman managed to take her husband’s corpse and bury it according to all customs – she sobbed so bitterly that the wall collapsed and the bones were exposed. But this is not true. During the excavations, archaeologists did not find a single bone, but they found that the binding material was a special rice broth.

The Great Wall of China has been built for decades, and even for centuries. Different emperors then started, then stopped the process. But in general, more than 1 million people worked at the construction site, and about 60 million cubic meters of material were spent.

What was the purpose of the construction of the Great Wall of China? At first, researchers assumed that the Chinese were trying to protect themselves from enemies in this way. But then it turned out that the wall could only stop small nomads – small detachments of steppe dwellers. Its main function is a warning one, i.e., with the help of signal lights lit sequentially on each tower, the soldiers-observers notified the government of the impending attack. In addition, the wall originally marked the borders of the vast Chinese empire.

Charity marathon races are held every year on the Great Wall of China.

It is easier to climb the Great Wall of China than to descend, all its steps are of different heights.

Since loopholes were found on some sections of the Great Wall of China, directed in both directions, a legend was born that the wall was allegedly built not by the Chinese, but by the Russians – for the purpose of defense against the Chinese. Of course, this is just idle speculation. The reason for the appearance of multidirectional loopholes is the need to ambush and attack nomads when they, having plundered a lot of good and inspired by an easy victory, returned loaded back. It was then that the armed Chinese were waiting for them.
The popular point of view is that the Great Wall of China is clearly visible from space with the naked eye. However, this legend was dispelled by Chinese cosmonaut Yang Liwei, who honestly informed his fellow citizens that he could not see the wall from orbit.

It is said that Mao Zedong wrote on the Great Wall of China: “Whoever has not seen the wall is not a real Chinese.” Modern inhabitants of the Celestial Empire are proud of their amazing masterpiece, symbolizing the power and strength of the country. Indeed, there is no such miracle in any other state. If you are in China, be sure to admire it up close!

Read more and book an excursion in China here https://excurzilla.com/en/china