1001tour > Travel destination > Travel around the world: the Arctic 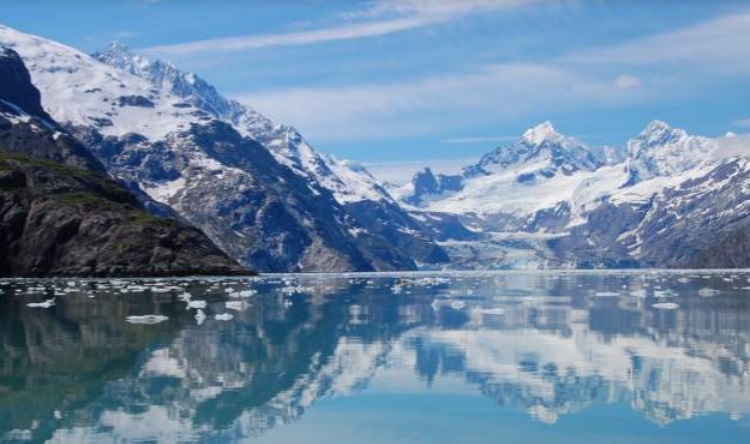 Travel around the world: the Arctic

The Arctic is the realm of ice and cold, the perfect place to test your character and prove to yourself what you are capable of. Man has repeatedly tried to conquer this snowy silence, but it was not immediately possible and cost more than one life lost in this icy desert. On the 27th year of the 19th century, Edward Perry made a breakthrough reaching 82 degrees north latitude, later Americans Delong and Hall, trying to repeat the route of the pioneer, stayed here forever.

Only in 1926, a researcher from Norway, Raoul Amundsen, was able to fly over the territory of the North Pole on an airship, and in 1937 the red flag of the Soviet Union lit up here and the very first polar station “SP-1” began to function under the command of Ivan Papanin.

However, a person landed specifically at the pole only in 1948, at the same time the depth measurements were made for the first time at the geographical point of the North Pole, it was 4039 meters. Later, the Americans on the Nautilus submarine reached the pole underwater, the Russians were able to repeat it only 4 years later on the Leninsky Komsomol submarine, the surface transport reached the North Pole only in 1977, it was the icebreaker Arctic belonging to the USSR. The Arctic is considered to be the entire northern polar region of the Earth, which includes the entire Arctic Ocean with all its seas and straits, as well as parts of the Atlantic and Pacific Oceans located in the northern latitudes.

In addition, the following Arctic territories are considered: Greenland, the Canadian Arctic Islands, Novaya Zemlya, Franz Josef Land, Wrangel Island and Severnaya Zemlya, as well as the northern parts of the North American and Eurasian continents. The Arctic border runs along the entire Arctic Circle, as well as along the border of the tundra zone from the south. The area of the Arctic depends on the criteria used, if you measure the Arctic Circle, then the Arctic is 21 million square kilometers of area, if you take the border with the tundra, then 5 million square kilometers more. And although it is believed that man landed in the Arctic relatively recently, in some places here you can see ancient wintering grounds dating back to the 12th – 13th centuries, which, according to scientists, belonged to the Pomors.

Such wintering grounds, which are still the object of research, are located on the islands of Vaigach, Medvezhy and Novaya Zemlya. The excavations on Svalbard brought amazing results, it turned out that the ancient pioneers arrived on this harsh continent together with their families, including children, which is confirmed by the presence of appropriate things in the wintering grounds. A vacation in the Arctic can hardly be called carefree, it is rather more like an extreme adventure that tempers the will and gives an unprecedented rush of adrenaline.

The climate here is extremely harsh, minus 60 on the thermometer is not uncommon, but the norm, and this is the average annual temperature, in summer mercury rarely rises above zero degrees. But this is only in the central regions near the North Pole, other areas of the Arctic, in particular those where cities stand and people live, do not differ in such extreme temperatures.

The attractions of the Arctic include all those natural beauties that are located on its territory and, of course, architectural monuments located in cities that are built in more comfortable climatic zones.

If you decide to conquer the North Pole, remember that there must be a knowledgeable person nearby who has been making such trips more than once.