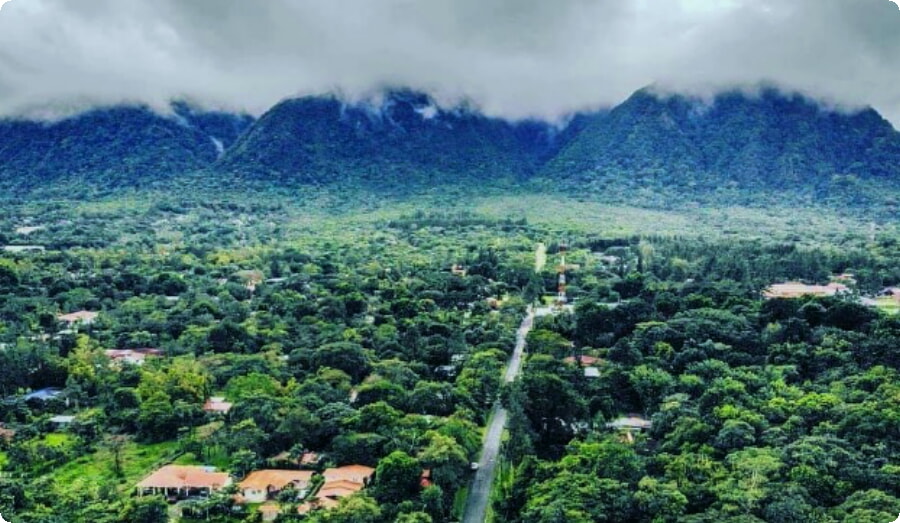 Panama is an interesting exotic country located on the isthmus between North and South America. It is a thin strip of land between two oceans – the Pacific and the Atlantic. This location has given rise to many coastal resorts. Moreover, the territory of Panama also includes thousands of islands in the oceans!

Considering that the country is actively developing, we can safely say that everyone will like it here, because you can relax both in chic modern hotels and in secluded bungalows on the islands. In the same way, tourists have the opportunity to decide how they want to spend their holidays – sunbathing on the beach or gaining experiences that will stay with you for a lifetime.

The state of Panama is known primarily for its canal, and only then as a tourist country, and not deservedly, because there is definitely something to see here.

The capital of the country – Panama City is a fast-growing metropolis, where businessmen are more and more willing to invest their money, due to which it turns into a city of skyscrapers and traffic jams. However, the capital also has something to see – the historical part of the city in the colonial style will not leave anyone indifferent.

At the same time, in Panama you can find local residents who are little affected by progress, for example, the Kuna Yala district, where residents slowly sell embroidered fabrics to tourists.
The small state boasts an amazing variety of flora and fauna, which can be seen in national reserves. It is noteworthy that there are as many as 9 such reserves in Panama. Ferrets, lizards, turtles, monkeys – these are just the most famous animals living here.

Gorgeous views of Panama from the air do not leave anyone indifferent, this is what gives rise to proposals for flights over the country. Experienced pilots will show you from the air all the delights of local nature and modern buildings in cities. By helicopter, tourists can recover to any point in the country where it is impossible to reach by land transport, you can visit almost untouched beaches.

Surely many dreamed of flying a small plane over the ocean, now dreams can come true. In addition to helicopters, tour operators are happy to offer tourists air trips. For risky tourists there are special entertainments – pilots can perform their tricks right with you on board. Moreover, pilots can perform any tricks – up to the famous “dead loop”. Such adventures definitely give a lot of adrenaline, so they are immediately remembered.

From a bird’s eye view, Panama looks simply amazing – just imagine that the Atlantic Ocean is on the left in the window, and the Pacific Ocean is on the right! The most daring are offered entertainment of a special plan – to jump with a parachute at the junction of these oceans.

If you still decide on this, then an experienced master will prepare you. Landing usually takes place in one of the coastal hotels, so that after the jump there is an opportunity to rest and recover.

So, Panama is a great country to visit. You can choose a relaxing holiday without adventures, or go on a dizzying flight – it’s up to you.