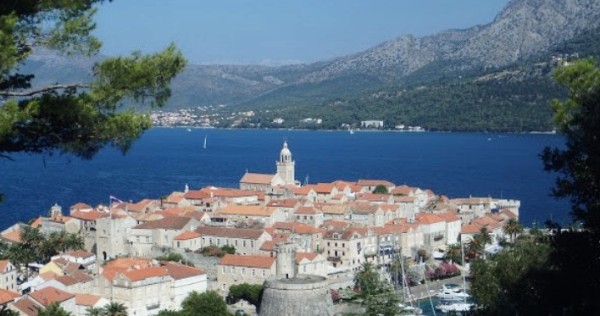 In recent years, Croatian resorts have become very popular among tourists who prefer a beach holiday. Holidays in Croatia by the sea have many positive aspects. The quality of services provided in Croatian resorts is much superior to most other resorts, in addition, the prices for holidays of a sufficiently high quality are not too high.

The popularity of holidays in Croatia is also due to the fact that you do not have to apply for a visa to enter the country during the holiday period, which means spending time and money. Holidays in Croatia at sea are very diverse. Any tourist will undoubtedly be able to find a beach to their taste.

There are sandy, rocky and pebble beaches. The magnificent Mediterranean climate and the purest water make the rest in this country unforgettable. The Adriatic coast stretches for 2000 kilometers. There are mostly pebbly and rocky beaches. Most of them are marked with special blue flags, which inform tourists that the water in these places is especially clean, and the ecological condition meets the highest standards.

Among tourists from Europe, the resorts on the Istoriya peninsula and the island of Rab are especially popular, and in total about 1000 islands are scattered in the coastal waters of Croatia, and you can have a great rest on some of them.

According to numerous surveys of tourists who have vacationed in Croatia, the best place for a beach holiday, in their opinion, is Cape Zlatniy horn, which crashes into the sea for 500 meters. Although it seems that the size of the cape is not so large, anyone can relax here. The southern part of the cape is popular among those who come with the family, as there is a special area for surfers. The northern part has become a real haven for nudists. Not far from the cape, Vidovaya Gora rises, from where a bewitching view of the cape opens, there is also a base for hang gliders.

The beach on the island of Rab has earned great popularity, which, thanks to its vast areas with shallow depth, is perfect for families with children or for the elderly. However, it is most popular among fans of beach volleyball, diving, surfing, etc.

Speaking about a beach holiday in Croatia, it is worth mentioning the Punta Rata beach, which in 2004 was included in the list of the best beaches in Europe according to Forbes magazine. This place is the longest beach strip of the Adriatic, which is covered with pebbles and beautiful pine forests.