1001tour > Travel destination > What to see in Vichy (France) 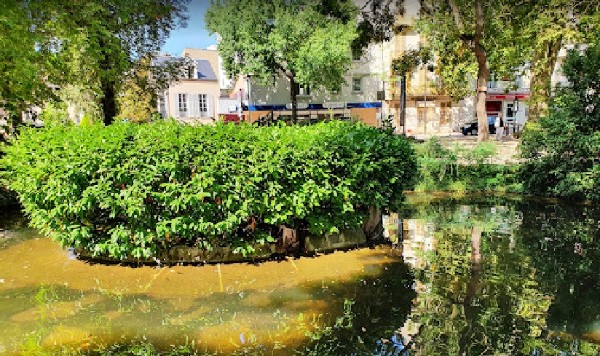 What to see in Vichy (France)

Vichy is an unpopular resort town in the south of France, 400 km from Paris https://excurzilla.com/en/france/paris and 60 km northeast of Clermont-Ferrand. You can get to this city by train from Paris or from Clermont-Ferrand. Travel time will be approximately 3 hours or 30 minutes respectively.

The main wealth for the population of Vichy is their source of thermal mineral water. It is from this source that the city, which was formed around this natural treasure, got its name. In the Middle Ages, a castle was built on the site of the settlement.

“Castel France” and its history

On the site of the fortification of the castle in the fifteenth century, the building of the local aristocratic family “Castel France” was built. The descendants of these people lived in the building for several centuries, after that the city hall was in this building, and now it has been rebuilt in the neo-Gothic style.

“Saint Blaise” and its interior

Another attraction in Vichy is “Saint Blaise”. This is a church that was built in the second half of the seventeenth century on the site of the castle chapel. In the last century, this building was expanded and decorated in the Art Deco style. The interior is still admired by many tourists.

At the end of the 16th century, the Vichy thermal spring came back into fashion, it was especially glorified in her works by the French writer Marquise de Sevigne, who was treated here in 1676 and 1677.

In the second half of the 17th century, the church “Saint Blaise” was built on the site of the chapel of the medieval castle. In the years 1931-33, this church was significantly expanded and received interior decoration and stained glass windows in the Art Deco style.

In the second half of the eighteenth century, the daughters of King Louis XV were treated in Vichy, and a new building was built at their request. In 1799, the mother of Napoleon I Bonaparte was treated in Vichy, and in 1812, by decree of Emperor Napoleon, a park of mineral springs was created.

But the most rapid development of the resort began during the Second Empire, when Napoleon III was treated here from 1861 to 1866. Numerous villas and pavilions were built, an English park of 13 hectares was created.

Growth continued in the future – the population of the city increased 10 times in the second half of the nineteenth century, and in 1903 the Opera was built, at the opening of which Verdi’s “Aida” was performed.

Before the First World War, up to 100,000 people a year were treated in Vichy. Until now, this resort town is popular with tourists.