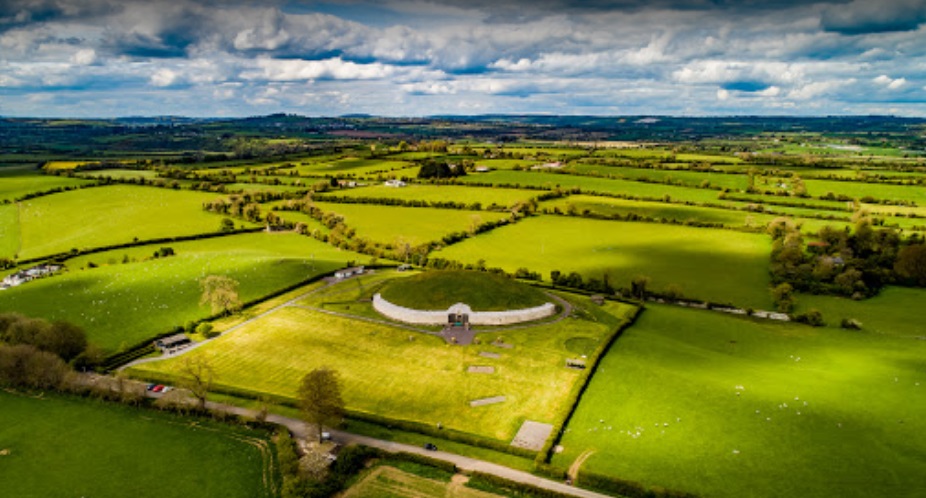 In Ireland, it is worth visiting the mysterious Newgrange, which is a religious building. It is included in the UNESCO list as the most significant megalithic structure located in Europe.
Previously, this place was the center for all kinds of ceremonies and rituals. In front of the entrance to this mound and along its perimeter, there are giant blocks that were once solid stone slabs.

On top of these slabs were quartz boulders, decorated with engravings of intricate designs.
A tunnel leads inside Newgrange, the width of which is equal to a meter, and the length is nineteen meters. The height of the ceiling in the tunnel is one and a half meters, so you need to walk bent over.

The earth mound itself has a perfectly even round shape, its diameter is eighty-five meters, and its height is thirteen meters. The ceiling and walls of the structure are made of heavy stone blocks, the weight of each block varies from twenty to forty tons.

Near the entrance to the interior of Newgrange, the tunnel expands, and travelers can already straighten up. To view the decoration of the central hall, you need to arm yourself with a flashlight. The niches of the mound are decorated with symbolic ornaments, but the most interesting pattern is the image of three spirals. In the middle of the building there is an altar stone and a huge stone ritual bowl.

Raising your head, you can see that there is a small hole above the entrance, through which the sun’s rays slightly illuminate the interior of the building.

Next to Newgrange is an incomprehensible platform on which there are stone pegs. One can only guess what exactly happened on the territory of the ancient burial mound, but it is still worth visiting to understand that the ancient people had a rich culture and were united by common religious interests.

To see this wonderful place you can book a tour from Dublin here https://excurzilla.com/en/ireland/dublin