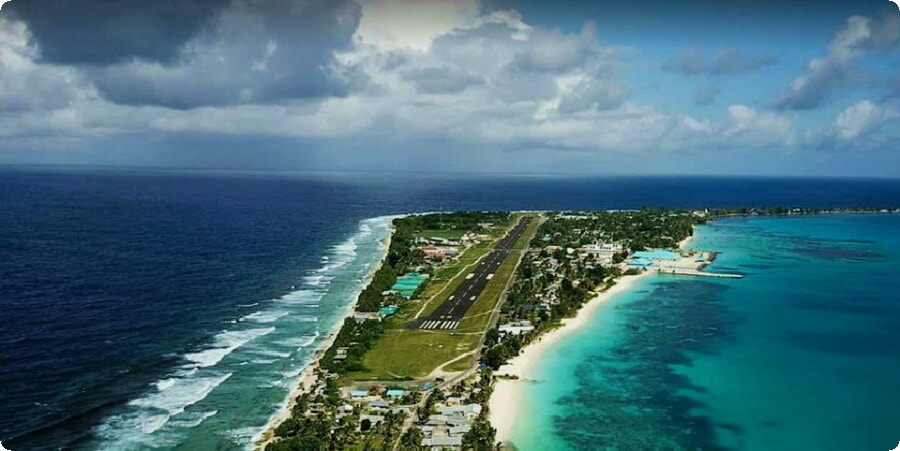 Polynesian magnetism of the country of Tuvalu

The islands of Tuvalu as a single state

Tuvalu is not one island, not one city, but several. To be more precise, the country is an association of 9 small coral islands, with a surface of no more than 5 meters above sea level. the area of ​​the state is 26 square kilometers, and the population does not exceed 11,000 people.

Based on this, we can say that they represent a single whole, one, albeit not very large, but no less beautiful country.

The state gained its independence in 1978, and is currently part of the UN.

In addition, Tuvalu is part of the British Commonwealth, but it does not have the right to participate in political issues and disputes at the state level. The head of Tuvalu is none other than Queen Elizabeth II, who is the governor general of the islands.

As in many other states, Tuvalu also has a separation of powers, so the legislative power of the islands is represented by a parliament consisting of one chamber, which includes 12 deputies, and is headed by the prime minister. Parliament is an elected body of power, its term of office from the moment of elections is 4 years.

There are no more associations, parties or trade unions on the islands, which in turn makes the political side of Tuvalu as simple as possible.

All the islands that make up the state of Tuvalu are coral, have shrub vegetation, the climate on the islands is hot and very humid, which in turn creates the impression of unbearable heat.

The economic component of the islands is based on the production of copra and fishing, as well as on the export of extracted resources to the nearest islands and states.

What is so attractive about the islands?

Tourists come to the islands of Tuvalu all year round. And this is not surprising, the eternal hot climate, sandy beaches, tropics, all this attracts everyone who wants to feel like a savage.
The main island visited by tourists is Nanumanga Island.

Since there is no particularly developed infrastructure and recreational facilities on the island, beach recreation, hiking, surfing and other outdoor activities are popular here. In the evenings, tourists can enjoy the local cuisine, as only here they cook the most delicious seafood soup, and after dinner, fall asleep in a bungalow.

The islands of Tuvalu are beautiful, and there is nothing more to add here, it is enough just to imagine the landscapes that you can see how your feet are already in a hurry to a travel company to arrange a tour. The islands attract with their simplicity and cleanliness, untouched nature and a sense of freedom, which are so lacking in close megacities.