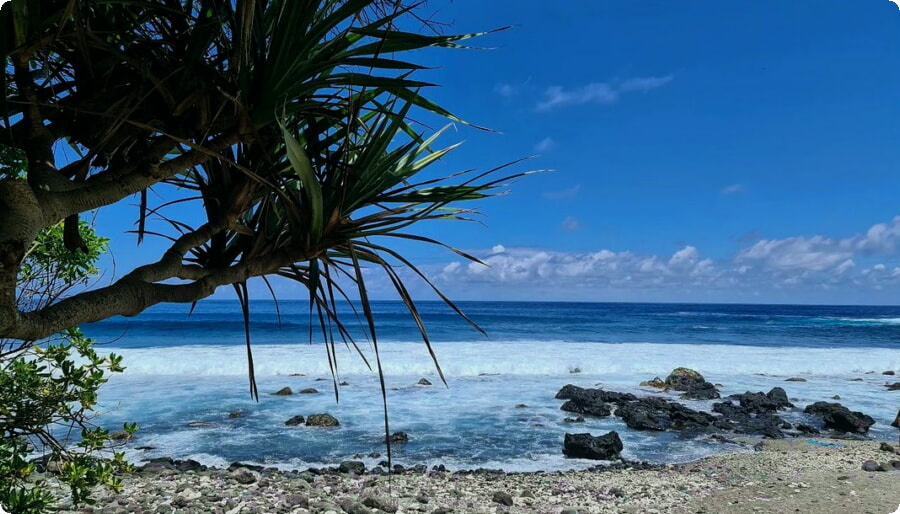 Reunion Island is a French territory located in the Indian Ocean between Mauritius and Madagascar. The island can be reached by air – Roland Garros Airport is located in Saint-Denis. This airport is considered international and can receive large aircraft, while Guyot Airport is deprived of such status.

It is possible to get to the island by sea, but this is rarely used due to the too long journey.

Vacation on the island

Tourists in Reunion can spend their holidays in various ways. So, beach lovers can have a great time on the beaches, which are covered with black sand of volcanic origin.

There are also guided tours of the Reunion National Park. The island will be of great interest to bird lovers as it is home to many species of birds. Reunion is visited by a large number of surfers, as there are high waves on the coast. Divers of all skill levels will find dive sites in Réunion.

The cities of Reunion are named after saints who are revered by Catholics (for example, Saint-Denis, Saint-Suzanne), temples of several religious denominations were built in all cities. In addition, tourist centers, markets and souvenir shops operate in all cities.

Tourists often buy wooden crafts, handmade jewelry, and national costumes as souvenirs. In Saint-Denis, there is the Grand Marche market, where a large number of various souvenirs are sold.

Reunion attracts tourists primarily with its magnificent and breathtaking landscapes. The attractions of the island are mainly national parks and natural sites. In the central part of the island there are three valleys – Salazi, Silao and Mafat, which are similar in shape to Greek amphitheaters. These valleys, which are called the cirque, provide opportunities for hiking.
So, the Salazi Circus – a prestigious area of ​​the island – is considered a valley in which a large number of waterfalls are located.

Since the end of the 19th century, the Silao circus began to develop as a resort – health centers were built next to the thermal springs. Later, this resort fell into disrepair, now it is an open-air museum.

Mafat Circus is a rather inaccessible area. The safest way to get here is by helicopter. Despite its inaccessibility, there are several settlements here.

There are more than 1000 waterfalls on Réunion, of which we can note:

Trou de Fer waterfall, considered one of the highest in the world.

Bra-Mazren waterfall, at the foot of which a lake has formed.

Reunion is a unique place for outdoor enthusiasts. The island has a huge number of waterfalls, there are two national parks.

Reunion is also suitable for beach lovers and divers with different levels of experience.