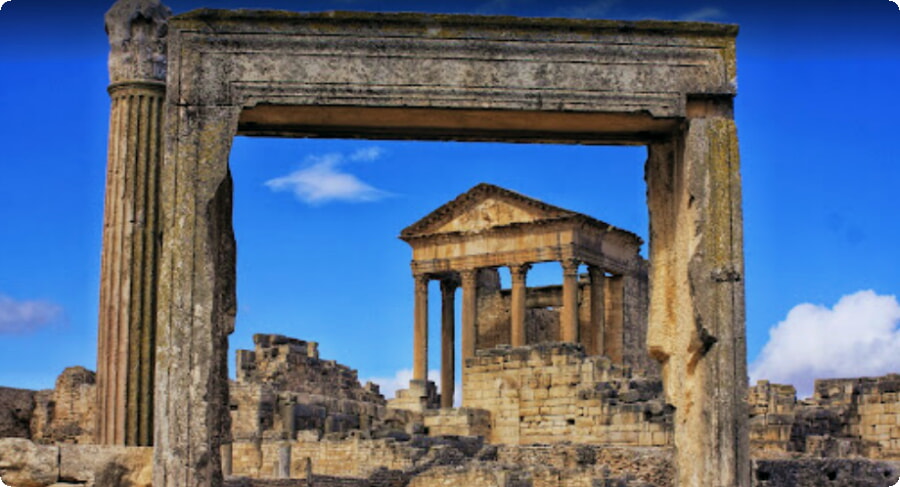 Attractions of Tunisia – description and photo

Tunisia is a beautiful country and an ideal choice for those who want to not only relax during their vacation, but also touch the heritage of antiquity. The sights of Tunisia, of which there are a huge number, will help the tourist in this.

The main attraction of Tunisia is Carthage. This city has now become part of the capital as a suburb, but in ancient times the fame of it thundered all over the world. In Carthage, you can see the ruins of the Roman Capitol, thermae, Byzantine churches.

The Lavigerie Museum is also located here, in which antiquities are exhibited for visitors. The ruins of a huge amphitheater, which in its heyday could accommodate up to fifty thousand spectators, are also interesting to visit. Carthage is a beautiful and picturesque place to visit.

The capital of Tunisia, bearing the same name, is an ancient port in which a mixture of architecture and traditions of various nationalities is noticeable. Of greatest interest to visit is the medieval Medina.

The palaces of Dar ben Abdallah and Dar al Bei are also interesting.

Must-sees are both the Bordeaux Museum and the Dar Hussein Palace Museum, which houses an extensive collection of Muslim art.

In the suburbs of Tunisia, you can also find many interesting sights.

El-Jem – the ruins of the Colosseum, built in the third century BC. Despite their antiquity, they are perfectly preserved.

Sbeitla is a network of ruins that were once a beautiful city. Here you can find the ruins of temples dedicated to the Roman gods, Byzantine churches and other examples of ancient architecture.

Utica is a place where you can see the ruins of amphitheaters, thermae and the ancient Phoenician cemetery.

Sidi Bou Said – the village is probably the best place to view the Gulf of Tunis.

Artists and other creative personalities like to gather here. Dugga – here you can see the mausoleum of Ateban and the ruins of the Capitol, striking in its size.

These are not all the sights of Tunisia, the country is beautiful and it is really worth visiting at least once in your life.